Broken Dolls - 30 Tales to Give You Goosebumps #9 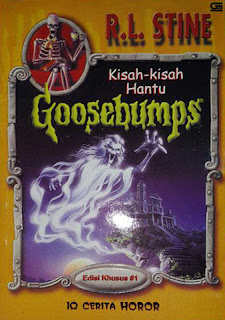 It's time once again for you to get Goosebumps. The daily horror for October 10th is a tale called "Broken Dolls." My guess is it's about a boy who rips the heads off his sister's Barbies. Naturally the rise up against him, and rip his own head off. There is only one way to see if my guess is right. I've gotta read it.

12 year old Tamara Baker is at the craft fair with her family and she gets saddled with the job of watching her jerk of a younger brother named Neal. What makes me call him a jerk? Well for starters he has the habit of breaking his sister's dolls.

While browsing the various goods of the fair Tamara comes upon an old lady selling amazingly realistic dolls. As a doll collector Tamara appreciates their quality. Really I think she should be looking for dolls made strong enough to stand up to asshole 7 year old but what do I know.
The old lady doll maker takes a liking to young Neal. She offers him a cookie and oddly seems to touch his head in some sort of strange benediction.

After time passes Neal seems to be acting strange. He gets a fever and has weird goop in his hair. He refers to the goop as "dolly jelly." That is definitely not normal even for a 7 year old, and 7 year olds are weird as hell. He seems to get even more ill and mumbles strangely about not wanting to become a doll.

Figuring the doll seller might have poisoned his cookie or something, Tamara heads back to the crafts fair to check out her trailer. There are some odd dolls in there. Weird ones without faces. One with the same strange goop that Neal had in his hair. In fact, the vague face on the doll looks like Neal's. The dolls in the trailer come to life as Tamara realizes strange things indeed are afoot. She quickly and wisely exits the trailer.

Outside the doll seller finds her. She threatens Tamara with the "dolly jelly" but Tamara is deft and steals it. How do you dispose of mysterious goop that turns people into dolls? You throw it in the pool, duh. The results are alarming as the water changes colors and sends smoke into the air. It seems to have done the trick though. The old woman is gone, and the Neal doll is normal again.

At home Neal himself seems fine and normal. Well as normal as a 7 year old can be. He's a normal jerk again anyway. Everything seems normal in fact, until there is a delivery person at the door. The package contains what else but a doll. The dollar looks like a wrinkly old woman. The doll maker. She found them. But... she is a doll after all. This is one dollar Tamara gladly encourages her brother to break. 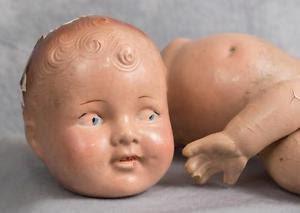 That story was weird. I mean, yes, I know that is kind of the point but even for a story about humans turning into dolls there were some weird aspects. Most notably is "dolly jelly." What adult man comes up with an idea like "dolly jelly?" I can't even write it without using quotes because it's such a strange idea to me. There are some weird implications too. Like it is implied that the doll lady is impossibly old and somehow stayed alive extra years through doll magic... but like... how? I don't get it? So is she like, really a doll turned human? Because at the end she is a doll... Or does like... she somehow steal the life from the people she makes dolls out of... and when the magic died she became a doll? I don't get it.

But "making actual sense" aside, this story is a little creepy. I think everyone has seen at least one baby doll that looks more creepy than cute. There can definitely be an "uncanny valley" vibe to dolls that seem too real. Plus old ladies are kind of creepy.

I want to know what would have happened to Neal if the process was a success. Would he disappear completely? Would his body still exist but no longer have unique features? A "blank" human body would be pretty damn weird.

One aspect I find interesting about stories like this with an annoying younger sibling is when they get in trouble. The older sibling almost always is like, ok I guess I gotta save the annoying jerk. I kind of like that. Families gotta look out for each other even if they are pains in the ass.

I guess all in all this story raises more questions than it answers. It is a bit weird and not always in a good way. That said, it still is kinda creepy, and probably would have a chance to freak out a kid pretty decently.

I have probably explained a couple times before that these short stories are coming from the hardcover collection 30 Tales to Give you Goosebumps. I have probably also further explained that this collection is made up of 3 total previously released books. Tomorrow is the last story from the first of those books. The story is called "A Vampire in the Neighborhood." What it is about seems pretty obvious. I guess we will see if there is indeed a vampire in the neighborhood.