Goosebumps #39 - How I Got My Shrunken Head 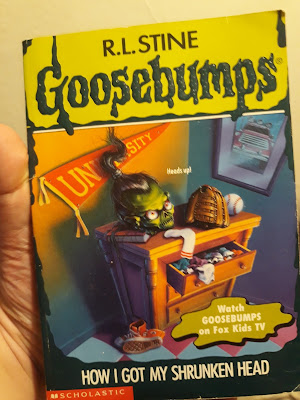 Alright so I said I'd have a new review out by February... and it's March.... but not very late into March so I think I'm doing good!

We are back on track with the next entry in the original Goosebumps series. It's #39 How I Got My Shrunken Head. As expected the head in question looks pretty creepy. I think generally in a shrunken head the eyes are sewn shut... since eyes tend to rot away. I'm guessing this one is super natural though? Also its skin is green. Skin usually doesn't turn green. Maybe it's a goblin head. Looks like one to me...

There are some nice details in the illustration. There is a pair of chucks that often grace Goosebumps covers. There is also a "University" pennant. Most people cheer for a specific university but this kid just loves secondary education in general. I also want to know who has purple and blue tiles in their room. Weird color scheme dude.

The tagline give us so head related word play. "Heads up!" says the front illustration. I wonder if the fact that this tagline is next to a baseball glove and ball is coincidental or planned. My guess is a happy accident. Thinking they thought that out seems like giving them too much credit. The back HILARIOUSLY states that "two heads are better than one." I might have to disagree in this case. No preserved human remains for me thanks.

Anyway, it's been awhile. lets see if I remember how to write a a synopsis and review. 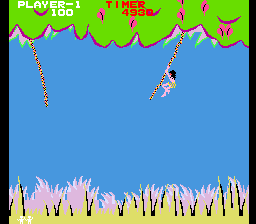 Mark really likes the video game Jungle King. You swing from vines, collect shrunken heads, and avoid quicksand. What an adventure. Incidentally there was a real video game named Jungle King, where you do in fact swing from vines but very little else matches up with R.L. Stine's description. Incidentally that game had to rename itself Jungle Hunt after it got sued by the people who owned the rights to Tarzan. No joke. Anyway, what was I saying again? Oh yeah, kid likes jungle adventure video games. Kid even made up his own jungle cry, "kah-lee-ah!" Kids are weird. So Weird.

So by total coincidence after collecting shrunken heads in the game, one shows up at his doorstep. Not by itself though, it was carried by a woman named Carolyn who apparently knows his Aunt Benna. Aunt Benna it seems is off on a jungle island studying. The shrunken head is a gift, because what kid doesn't like playing with parts of corpses?

Well that shrunken head does some weird stuff. And some of it is his sister playing pranks, but some of it is harder to explain... like at night it started glowing... and grinning! Still it could be his sister pranking, little sisters are so jealous of gross human heads. She even scratched the darn thing in a spat!

So it turns out that Carolyn was sent by Aunt Benna to bring her nephew Mark to visit her in the jungle. Well the word of a stranger with absolutely no warning from the Aunt is good enough for mom, so Mark packs his bags and is off to dangerous parts unknown with a woman they've never met carrying a disembodied human head through the airport. Sounds like everything here is in order. Next stop, the jungles of Baladora.

Once there instead of meeting his Aunt whom he has not seen since he was quite young, he instead gets introduced to a Dr. Hawlings and his daughter Kareen. Benna, it seems, is missing. That is the reason Mark had to come. They didn't contact police, military, rescue crews, the government, trackers, no.... they contacted a 12 year old boy. How can Mark be of any use what so ever? Well it's simple, Mark has the JUNGLE MAGIC. Yup, that's gonna be the plot of this book I guess. Jungle magic. The Oloyan people of the island had the magic. They were headshrinkers, hence the head in Marks possession. Mark too possess the magic only he is... skeptical. I can't imagine why!

Mark uses some of that good common sense Goosebumps protagonists have and decides to explore the jungle a little bit at night. He comes across a seriously creepy pile of heads. Not cool. He retreats pretty quickly and searches headquarters for a flashlight. Instead he finds Aunt Benna's notes. Turns out ol' Benna is hiding on purpose because Dr. Hawlings and co. are EVIL. They want the jungle magic for their own evil purposes. But come on now, what is the jungle magic of a race of ancient headshrinkers for if not for evil? Anyway to keep things safe she gave Mark the magic years ago, and kept he safe 4000 miles away from the island. Sure would be a shame if he showed up at the island for some reason... oh damn! 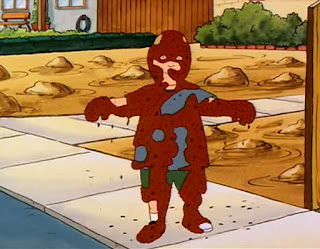 Kareen interrupts things. She believes in Marks jungle magic and despite being Dr. Hawlings spawn convinces Mark she truly cares about his aunt. She helps him escape to the jungle, alone... which is a great place for a 12 year old city boy to be. No joke, the dude passes out and gets covered by huge angry ants. Way to go Mark, your aunt is going to die because you are inept.

In desperation he shouts "Kah-lee-ah!" that stupid jungle cry he used in the video game. Turns out that is a plot point too. His jungle cry. It saves his ass somehow. Next his dumb ass falls into quicksand. He never saw the Mythbusters where they proved you don't drown in quicksand so he panics. His little shout won't help him because he dropped the shrunken head, which is part of the jungle magic. Then he thumps the head his way and grabs on to it. His shout works and summons vines to the rescue. But where is his aunt? Well lucky for him that his shrunken head works as a Benna seeking compass.

Next our dude gets attacked by an angry momma tiger. Never fear though because a literal hole rips in the earth to protect him. Course now he is stuck in a hole. Out of the frying pan into the fire. He can't figure out a way to get out of this one. What do you do when jungle magic fails you? Count on Kareen. 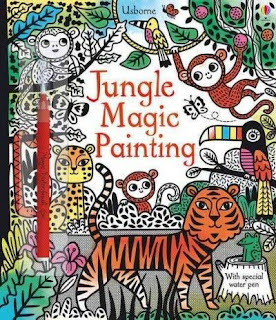 Aunt and Nephew get put in a shack til they reveal their jungle magic. Luckily the shrunken head didn't get confiscated. They have one last shot to use the jungle magic to save their asses. I am getting really tired of typing the words "jungle magic" by the way.

They get one last chance to spill the secret or they are gonna get their heads shrunken, shrinked? shrank? shrunk? Their heads are gonna get smaller. The plan to save their asses goes awry when the head gets swatted away into a pile of heads. How can he tell which one is the right one? Oh right, his dumb sister scratched up his, that's how! Hey lookit those details coming back into play.

With the right had and a fierce "kah-lee-ah" the head shrinkers become the shrinkees, except not just their heads shrink but their whole bodies. Odd. Anyway as tiny Stuart Little sized people they are powerless and Benna is free to return to civilization with her nephew. She does the responsible thing and takes back the jungle magic she gave him years ago, but he can keep the shrunken head.... hey did that thing start talking?

Fundamentally this is the kind of Goosebumps book I should like. There tend to be "location" books, where kids go on an adventure far from the normalcy of home. The Mummy books were a good example of this, exploring ancient pyramids and tombs. Likewise, this explores a jungle. of course it's not a very realistic jungle. It is a jungle right out of old timey adventure movies I bet RL Stine grew up watching. If Tarzan swung by on a rope it wouldn't be out of place.

If this is the kind of Goosebumps book I should like, then why didn't it? I think "jungle magic" had a big part to do with it. Stine loves to put really dumb plot points like this in. I mean, there is probably a really cool way to reveal a magic of the island. Shouting "kah-lee-ah" and calling it "jungle magic" is not really that way. More than just a magical device, it kind of serves as a means to just magically solve any problem by shouting some words. It's a nifty little Swiss army tool for making sure the protagonist can get out of anything.

Sometimes Stine just really drops the ball on things too. It's a book called how I got my shrunken head. It's all about shrunken heads. So when Mark defeats the enemy what does he do? He shrinks their heads them entirely. Whhhhhy? It doesn't make any sense.

Plus he doesn't really flesh things out. For example, why does Dr. Hawlings want the jungle magic? Like, ok... yes he wants to strip mine the area.... why does he need jungle magic for that? Trust me, standard industry has been doing a great job of ripping apart the jungle for raw materials without any need for magic. All you need is bulldozers and chainsaws. Easy peasy.

So lets go over what is scary/creepy. Shrunken heads are creepy. Thing is, I don't know if they go far enough to really convey how creepy that are. Real ones are ACTUAL HUMAN FLESH. Like a real person got murdered and their skin got preserved. It's creepy as fuck! And it's a real actual thing too. Of course probably 80% of so called shrunken heads in collections are thought to be fakes. To be honest if I had a shrunken head I'd be revealed to found out it is a fake. 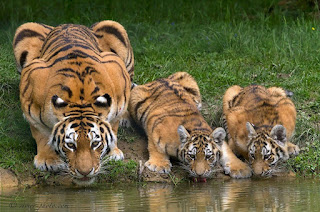 The other scares are largely "real" scares. Jungle mayhem. Vicious tigers, swarming aunts, fictional deadly quicksand. To me these are largely the more interesting scares of the story. A shrunken head is just gross, a tiger will maul you to death. It could have used a snake squeezing the life of him though. That would be my suggestion.

At the end of the day I guess this book just isn't that memorable to stand out in the field of the near 40 other original series Goosebumps books that were out at this time. If you like the jungle setting it my sit well with you, but otherwise it doesn't have much else to offer.

Rating: 2 out of 5 shrunken heads

Ideally I'll have my next review up April 1st. It won't be a Goosebumps book, or even by R.L. Stine, but it's from a series I've wanted to review for awhile now. Excuse me for these little deviations! I think it'll be a fun one though. Until then, thanks for reading.