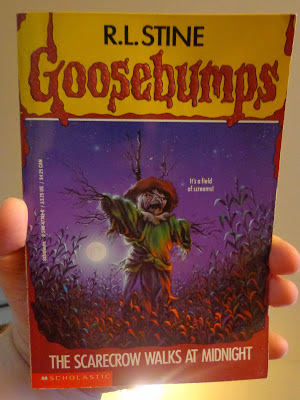 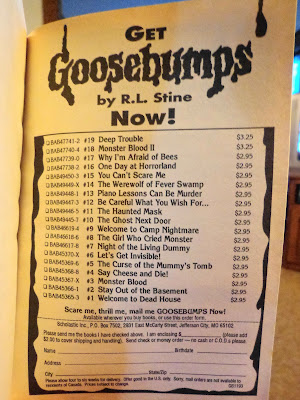 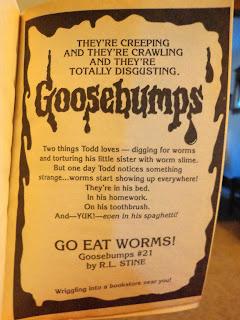 I'm gonna read Goosebumps #21 Go Eat Worms! I like books with exclamations in the title! Worms are kind of gross. The title sort of reminds me of the book How to Eat Fried Worms. That was a pretty good book. Will this be anything like that? Undoubtedly not! Until then, Happy Birthday to me and thanks for reading.
Posted by Shaun P. at 12:00 AM No comments: