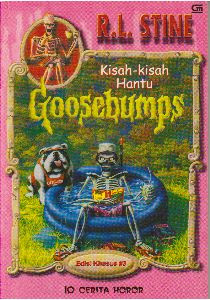 "A Change for the Strange" is the story today. I don't foresee this being any stranger than any other Goosebumps story, but maybe R.L. Stine will wow me. Let's see if he does.

Jane is a middle schooler aspiring to be the star jumper on her track team. Unfortunately she didn't even make the track team, so that's gonna be tough. Her friend Lizzie would rather try on outfits. Convenient then, that the new store A Change for the Strange opened near them so they can try on retro and unusual clothing. Jane ends up with a fashionable red snakeskin jacket. Lizzie purchases an adorable set of bunny slippers. Too cute.

Back at Lizzie's place Jane is wearing her new jacket and kind of loving it. For awhile anyway. Then she starts to feel ill. In fact she starts to feel... strange. Snakelike even. Lizzie freaks out upon discovering one of her brother's disgusting snakes escaped it's cage, not realizing it is actually her best friend. No matter what Jane tries she can't communicate with Lizzie. Though the brother realizes it is not one of his snakes, he still captures it due to his sisters insistence. He notices there is something odd about this snake though. It has... a zipper? I wonder what would happen if you unzipped it. He does so, and *poof* human Jane is back. Hurray.

Flash forward a little bit. Jane is sure to be a star jumper now since Lizzie let her borrow those bunny slippers. She just has to deal with an insatiable desire for carrots. 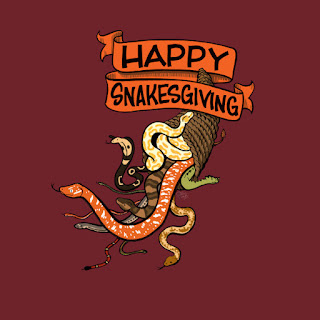 We definitely have another story that leans more towards "trying to be fun" than "trying to be scary." That's fine. The title didn't promise it would be scary, just that it would be strange. I guess turning into a snake because you got a snakeskin jacket is pretty strange.

So does this story work? Yes, mostly. The idea of an odd store that sells magical items is nothing new, especially in Goosebumps. If they can sell haunted masks, why can't they sell animal clothes. The idea is similar but not exactly the same, so it works. They say you are what you eat, but I guess in this case you are what you wear.

Sometimes a small aspect of Goosebumps leaps out at me, and I NEED to talk about it. Prepare for one such instance. So R.L. Stine loves to throw in details to prove he knows kids. A lot of time he'll describe their attire. He'll through in references to video games, comic books ect. One example is that in this story he mentions after school they watch the cartoon Animaniacs. This is a well loved real life cartoon from the era. Nice job Stine. Now the thing I NEED to talk about. He immediately follows up this detail by saying they also like to listen to the band "Fruit Bag." This is NOT a real band. I am not even going to google it to determine if this statement is true. It CAN'T be a real band. It's not even a good name for a fake band! How come R.L. Stine can come up with Animaniacs but can't name a single band a kid would be into at that time? How come he can't even come up with a believable fake name! It is the 90s, come up with something that sounds Grungey! Go to a Best Buy and look at the music aisle! Say they like TLC. Come on R.L. Stine, don't go chasing waterfalls!

Now that've ranted about an arbitrary detail let me just say this. I am not sure this is one of the great "tell your friends at a sleepover to scare them" stories, but it will probably make you smile a little bit. It might make a kid consider what it would be like to turn into an animal, and that's pretty cool I guess. I dub this story, "Good Enough."

Tomorrow we'll be reading "Perfect School" which sure as hell is not about any school I went to growing up. Thanks for reading and check back tomorrow for that review.