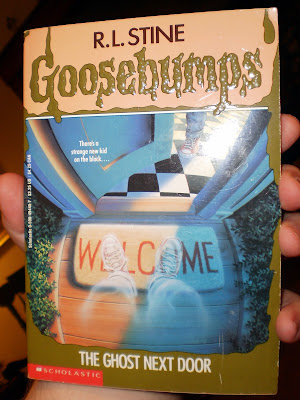 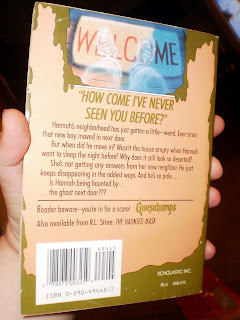 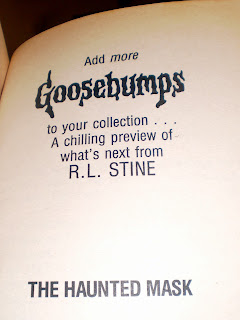 The Haunted Mask! I'm kind of excited. With a couple direct sequels, this is one of the more popular entries in the series. Plus I feel like I sort of remember it, which is seeming rare for these books. If I recall it involves a kid who gets picked on a lot buying a mask to scare the bejeezus out of the bullies, but it backfiring in a big way. Check back next time to see if I'm right about that.
Posted by Shaun P. at 11:18 PM

Email ThisBlogThis!Share to TwitterShare to FacebookShare to Pinterest
Labels: #10, ghosts, original series, the ghost next door